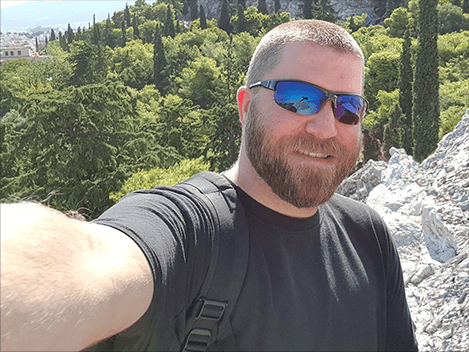 So, who is Tim Nelson?

I graduated high school with both National Honor Society and National Technical Honor Society. The following year, I received a full academic scholarship from the United States Congress and German Parliament (CBYX) to study in Germany for a year as an exchange student.

Since 2000, I've been using an arsenal of tools such as <html>, .css, and Ps. In 2015, I started using JavaScript(), SQL, Ai and Ae. I started playing with Python, programming a Raspberry Pi and experimenting with some simple automation projects in 2016.

In 2018, I enrolled in the Full-Stack Software Development course through Code Institute, and increased my skills ten-fold! See below for additional skills. I graduated with an average 97% and First Class Honors diploma, which is credit-rated by Edinburgh Napier University. After receiving my diploma, I started working for Code Institute as a Software Developer and Tutor/Mentor!

A small selection of my projects.
Additional projects can be viewed on GitHub.